LEVANTES HOUSES - Since 2009. The stone little houses 'Levantes' are the first erections on the right side of the bay as we get into the port, also known as 'Kavos'. They were firstly let in summer 2009. Their name holds a double meaning. 'Levantes' is the name of an east wind, also called 'apiliotis', as well as being these little lilac-coloured flowers flickering in the breeze, with the smooth beauty and the unforgettable scent. There are three independent buildings. The main one, called 'At the crack of time' which is occupied mainly by the owners, is built at the highest spot of the plot, whereas the other two have been named after the Nereids (sea-nymphs): 'Galini' 40 m2 and 'Kimothoi' 52 m2 , both being 4-bedded and built on escalating levels. All three houses have a breathtaking view to both Vathi and the little isle of Laskareto, which is to be found in the middle of the sea entrance. All houses have large verandas surrounded by chestnut wood of 20 m2 and 24 m2 respectively as well as built tables and benches among the many flowers and trees. Of common use are: the big central kiosk with the huge-20 people-table and the traditional wood barbeque. 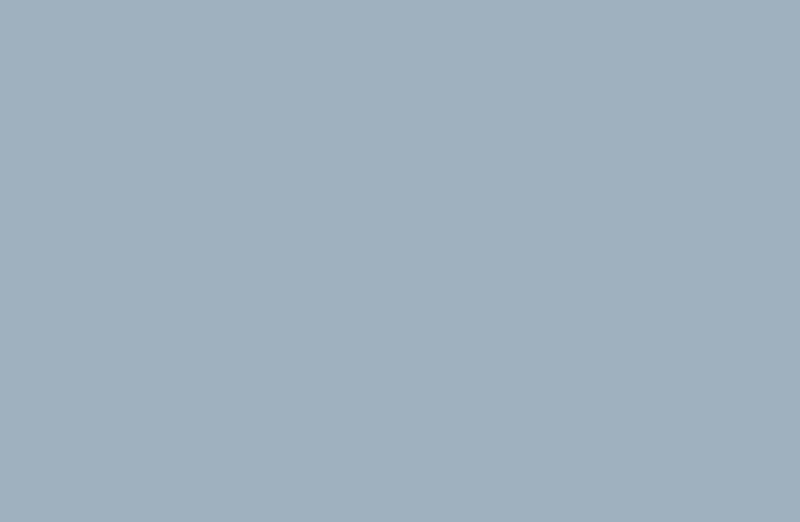 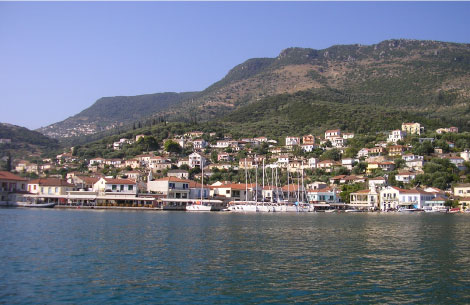 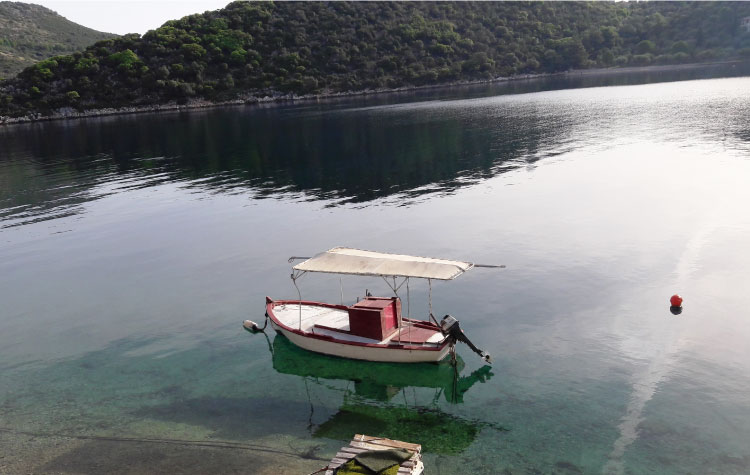 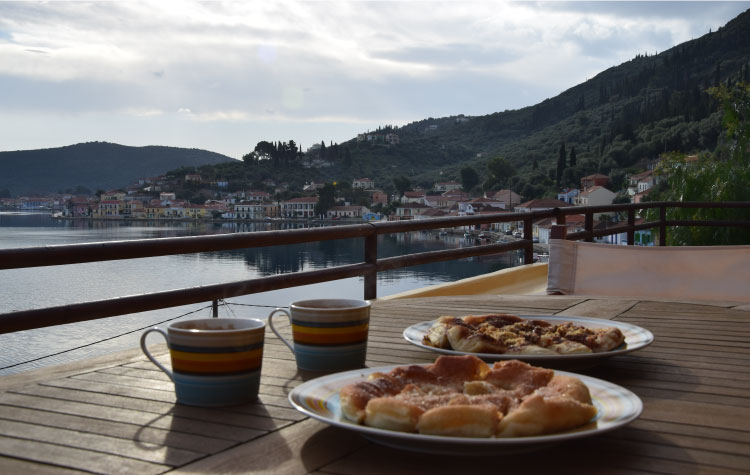 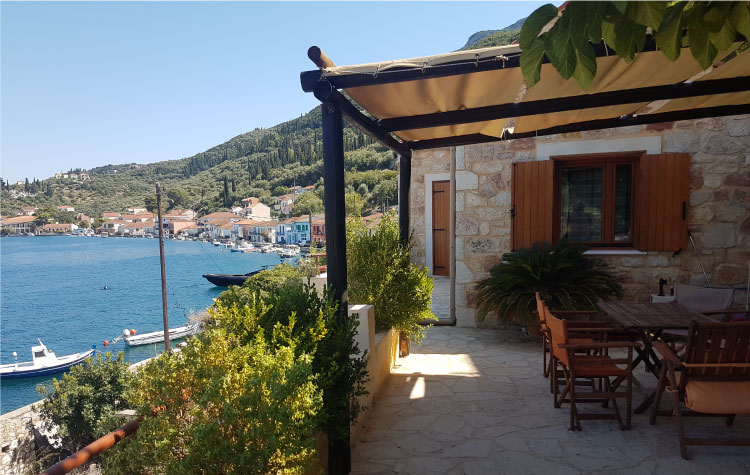 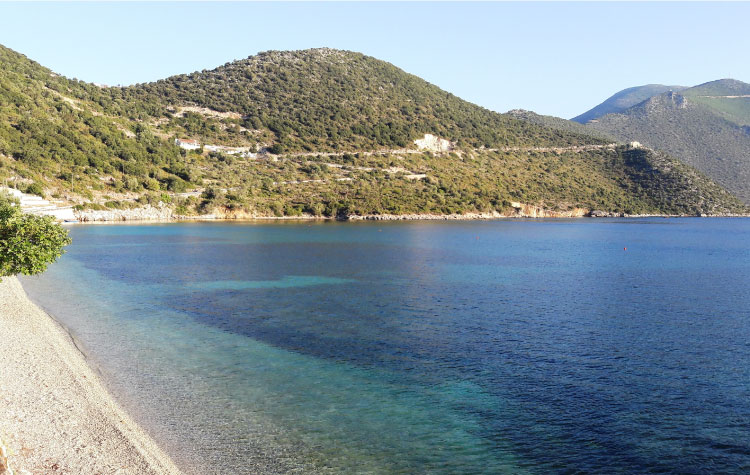 The photos of both Vathi and Ithaca as well as those of the houses have been taken by Mr Stavros Dellaportas.

Both the outer tidying-up and the decoration of the houses have been undertaken by designer and painter Mrs Liana Roupaka. Her artistic presence is evident all over; starting with the harmony of the colours on the walls, the paintings, the cupboards of 'Galini' under the theme of ivy and the cupboards of 'Kimothoi' with the olive tree theme till the usable objects like the olivetree root which has been turned into a living-room lamp, the painted chest, the old-fashiones kneading-through being turning into a butterfly sanctuary and the old shutters which chang into almond-tree branches in 'Galini' and pomegranate-tree ones in 'Kimothoi'. The wardrobes, beds and sofas are constructed bearing much storage room. The bookcases, which are also built, are full of books. The bathroom walls are decorated with sea pebbles.

Ithaca, born within the Ionian satin full of its crystal-looking allurements: Dexa, renowned for its huge dense olivetree shades, where Ulysses is said to have been disembarked by the Pheaks, Mnimata, with the cypress trees, Schinos, where the so many pine trees are reflected into the crystal clear blue of the sea, Sarakiniko and Filiatro, both snowwhite with shadow sea-springs, Afales and Platynammos, sapphire coloured, Kourvoulia, Ai Giannis, Ancient Town and Kioni beaches, which are not only a natural masterpiece but also a human piece of art with the houses-stairs looking impressive as if they climbed one on top of the other.